A Race to the 2020 Election Day! The National Rise in Voting Registration

CUSC and MASSPIRG Join Forces to Register Clarkies to Vote 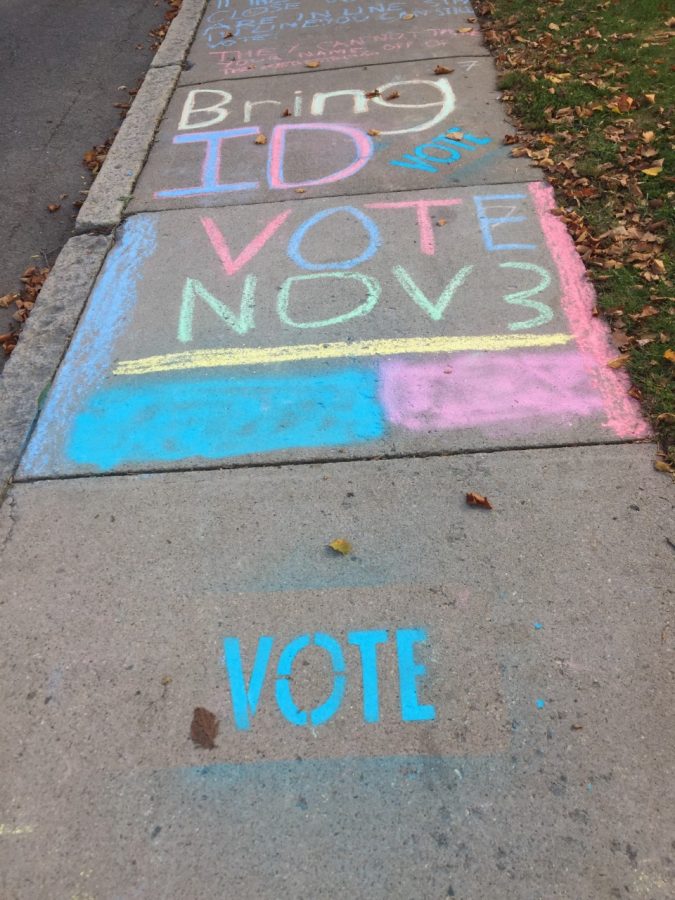 October of every presidential election year is overwhelmed with coverage of polls, debates, and speculations about who the next president will be. This year, the COVID-19 pandemic and the growing antagonism between political parties have generated an unprecedented amount of interest in the election. An unusually high share of efforts to get “out the vote” are targeting college students and members of Generation Z this year, and Clark University is no exception. While a majority of members of the Clark community support the voter registration drives, there is some conflict about whether the importance of voting has been overstated and whether the election is taking up more than its fair share of the news cycle.

Obstacles to voting and the efforts to overcome them

The public attention that this election has garnered is unparalleled. Time magazine removed its logo for the first time in its history, replacing it with the word “VOTE.” Citing concerns about President Trump’s handling of the COVID-19 pandemic, The New England Journal of Medicine and The Scientific American endorsed Joe Biden, marking the first time that they have ever endorsed political candidates explicitly. Facebook, Instagram, Handshake, and other social media sites have unveiled banners encouraging users to vote and providing information on how to do so.

These extra measures being taken may be a reaction to the fact that it will be more difficult to vote in this election than in the past. Poll workers are staying home out of concern about contracting COVID-19, and more people are voting early or by mail in an effort to avoid crowds on election day. In addition, elected officials in some parts of the country are shutting down ballot drop-off locations, purging voter registration lists and banning or limiting online registration. These acts of voter suppression have sparked public outcry and fueled the current voter registration movement as seen in social media sites.

Historically, college students and young people in general have had less faith in democracy and voted at lower rates than U.S. older citizens. This is why many organizations are targeting college students and their efforts appear to be working. According to a CNBC poll, 71 percent of college students plan to vote in the 2020 election. 70 percent of them prefer Vice President Biden over President Trump, a fact which has motivated Democratic and liberal organizations to concentrate their efforts on ensuring that young people vote.

Yet the public imagination has not abandoned the concept of “Election Day” being on November 3. As a result of the increase in mail-in voting this year, the election has “started” weeks ago and a winner will not be declared until days or weeks after the last ballots are submitted. Approximately 56 million Americans have already voted, either by mail or through in-person early voting. Thus far, it appears that efforts to increase voter registration and voter turnout are succeeding. Experts anticipate that 62 percent of eligible voters will participate this year, which would be up from 60.1 percent in 2016 and 58.6 percent in 2012.

At Clark University, the student-run organization known as the Massachusetts Student Public Interest Research Group (MASSPIRG) is currently leading the effort to register students to vote. Valerie Vong (’22) is an intern who manages the social media presence of Clark’s MASSPIRG chapter. In a Zoom interview, Vong shared that “typically, without the pandemic, we would be outside, with our clipboards, stopping people while they’re walking. It’s been a little bit harder because a lot of us are remote.”

“We did a movie night, we did Kahoots,” Vong continued. “We did phone banking and text banking, getting everybody involved. We’ve also been doing a lot of class wraps. We do brief presentations in classes, maybe 5-10 minutes, right in the beginning, talking about youth voter turnout, how to vote on StudentVote.org, and how to get involved with MASSPIRG because we definitely need more interns and volunteers.”

The heart of MASSPIRG’s current campaign to register voters is in their collaboration with the student government, the Clark Undergraduate Student Council (CUSC). First-year representative Faith Bolques (’24) told The Scarlet, “We got reached out to by a representative of MASSPIRG a couple weeks ago about this event so we are holding a class competition for the classes here to see how many new registers to vote we’ll get. We’re hoping to have a prize.”

On October 25, the day after the deadline to register to vote in Massachusetts, the Clark chapter of MASSPIRG announced that the class of 2024 had won the competition by registering 10 new voters. One challenge the campaign has run into is that many Clarkies are already registered to vote, so the pool of students who are eligible but unregistered is small.

The complexity of public opinion

The Scarlet talked to Clark alumni Maddie Rimsa (’15 and ’16), who expressed that voting is not hyped enough. Rimsa said, “I think this is the first year that it’s been correctly hyped in that people are really doing a lot of advocacy work… Hopefully we’re on our way to it being correctly hyped, but it’s still underhyped right now.”

For Rimsa, voting is important because “it is literally the least you can do to be a part of our American society… For me as a white woman, I think it’s especially important to realize that you choosing to withhold your vote because some issues might not affect you is choosing your comfort over the lives and well-being of other people like the LGBTQ+ community and Black Americans. Everyone should be out there voting.”

However, “Voting isn’t the fix,” she continued. “It’s not like, ‘oh, I voted, hands off now!’ I think it’s just one of the many things that is important in everyone’s role as an activist… But it doesn’t do harm to vote. It does harm not to vote and not to have a voice. It’s a small bit that you can do, and I hope it’s not the only piece that people do.”

Several Clark students echoed the idea that voting is only one part of activism. Albert Hurley (’21) told The Scarlet, “I am voting because it’s a small effort that may just save lives or at the least human rights. I don’t believe it’s the pathway to substantial change, but it would be nice to not have a fascist president… Our governmental system is stupid and corrupt, yes, but if filling in a bubble shifts the paradigm slightly, it will allow us to take the steps for real change.”

Rimsa also acknowledged that the media’s laser-like focus on the election can draw attention away from other pressing issues like the ongoing climate crisis:”the election absolutely does suck all the air out of the room. It’s hard not to get distracted, and I’m guilty of it for sure. I’m a communications major and that’s one of the major rules, to continually bring light to those issues and not only focus on the election. Clearly that’s not the direction it’s going.”

Bolques echoed this concluding idea, saying, “I feel like the election is definitely important, but for example, Portland has been protesting for almost half a year now, and you don’t really hear about that in the news. Mostly where I see it is social media, which isn’t accessible for everyone. My mom’s not going to see that. It’s out of sight, out of mind for a lot of people. While I think that voting for a new president is important, there are other things that should be focused on. I don’t know what would be best right now. Everything’s important.”