Clarkie of the Week: Valerie Vong 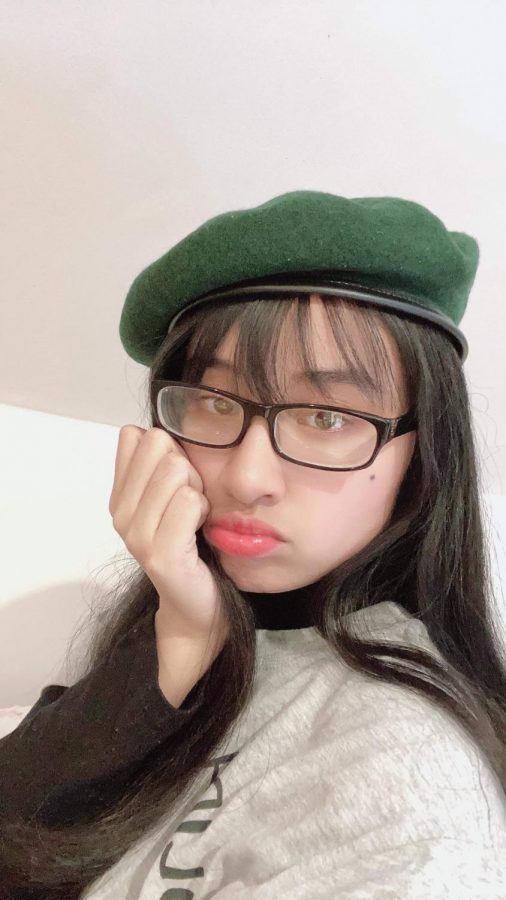 Via a Zoom call from Lynn, Massachusetts, Valerie Vong (’22) is making Clark University history by being the first remote-only student to be featured for Clarkie of the Week! She is very involved in multiple organizations that work at the intersection of politics and environmental science, plays an essential role in her extended family, and has uplifting advice to share with other Clarkies.

Scarlet: Hi Valerie! First of all, tell me a little bit about your journey. I remember you’re a transfer student, so how did you end up at Clark?

Valerie: So, I knew when I was transferring that I wanted to go to a small school that was almost below the radar because my previous university affected my mental health and my perspectives on myself quite poorly. I wanted to attend somewhere I knew would help me grow as a person.

I did not expect to end up at Clark at all. In fact, I was going to transfer to Tufts University. However, a college admissions officer from Clark was constantly emailing me… I knew he was definitely trying to push me to attend. He spoke about the English program here in much esteem and I think that is what drew me in. I also received a lot of scholarships and financial aid, I was like, okay, I think I definitely have to come to Clark.

Scarlet: So are you studying English?

Valerie: I am double-majoring right now in English and Environmental Science with a minor in Political Science. So my major tracks are British Literature and Environmental and Public Policy. I tried my best to combine my most heartfelt passions into what I study in school, so literature, science, history, and politics.

Scarlet: Wow, that’s a lot! Do you know what you want to do after Clark? Any dream jobs?

Valerie: Oh, yeah! My dream is to attend law school right after graduation, but as of the present, I want to collaborate with environmental policy in any way that I can. I also find that being a part of the United States Environmental Protection Agency is very appealing to me. That’s definitely a dream job as well, but sometime in the future I’d like to become a public servant and run for local office somewhere. Maybe in my home city.

Scarlet: That sounds awesome! Where is your home city?

Scarlet: In your nomination, it said that you are taking on two different internships this semester! Tell me a little bit about those.

Valerie: Whenever somebody asks me how I’m doing, I say okay because I’ve been feeling really drained these past few weeks. I promise it’s not because of any pessimistic reasons, but I have two jobs as well… My internships are with the Young Democrats of Massachusetts (YDMA) and the Massachusetts Student Public Interest Research Group (MASSPIRG). For MASSPIRG, I’m working on increasing student voter registration and youth voter turnout, but with YDMA I’m secretary of the Asian American Pacific Islander Caucus. What we’re focusing on is getting more Asian Americans out to vote because our percentages for Asian Americans are very low. So we’re phone banking and calling, getting Asian Americans to know what’s going on and informing them of Asian American politicians that are also running for local office.

Scarlet: Wow, that’s great. What are your two jobs?

Valerie: I’m babysitting pretty much all day. I’m attending class while babysitting. I’m also a yearbook editor for [the] Clark class of 2021.

Scarlet: So that’s already a lot! Are there any other organizations or extracurriculars that you’re a part of?

Valerie: I’m a part of Clark Sustainability Action (CSA) and right now I’m organizing a side project trying to get reusable masks for Clarkies. It’s been a little tough because I’m working on it by myself, but I’ve been reaching out to Clarkies and small businesses that are making masks or are able to make masks so that we can give them out for free to Clarkies that need it… I’m also part of the Democrats of Clark University. It’s kind of sad because I was so used to always attending watch parties with them physically. Everything’s online now so it’s harder, but I am a part of that club.

Scarlet: What’s it like living at home? Has it been good, or a mixed experience?

Valerie: Since I’m exclusively a remote learner this semester, I’ve had to adapt to a new sort of educational niche very abruptly. It’s unfortunate that I’m not on campus, but I made the decision to stay home in order to guarantee my utmost safety and those surrounding me, and of course, save some money. I knew that there were going to be regulations that weren’t going to allow me to have my full college experience, and that if I went to campus, there were gonna be so many regulations it wasn’t gonna be worth the money. So being remote has been challenging, and I feel at times it’s very demanding. I don’t feel like I’m actually a student anymore. I’ve turned into a slug, basically.

Being home also means returning to my role as the oldest daughter and granddaughter of a family of working-class immigrants… I’ve always been acutely depended on by my family, especially because I’m one of the only English speakers there at home. I’m also a first-generation student in high school and college. Most of my time is spent with my little cousins and my younger brother. I take care of them… There are various responsibilities that I hold with these positions and being home gives me this overpowering status of the matriarch… Nonetheless, I haven’t refrained myself from committing to the things I’m most arduous about: politics, grassroots movements, writing, and continuing to study.

Scarlet: Did you have a good Halloween at home?

Valerie: All I did was write an essay the entire time! I was actually quite surprised that nobody came to knock on our door. That was definitely a big change from “normal” Halloween… What I did with my little brother was I made him a Halloween card and said, you know, “I hope things get better.” His favorite holiday is Halloween, so I knew that he was very disappointed with how things were going. I made him a little candy bag and I wrote him a card and we were eating pop rocks all day.

Scarlet: Aww, that’s so sweet. I’m sorry about the essay, but I’m glad there were some good moments. So, I have to ask, how did you feel about being featured on clarkumissedconnections last week?

Valerie: Oh my god! I actually feel kind of disappointed whenever I go on there because I always wonder if somebody’s going to talk about me. But I was like, I don’t think so because I’m new to the school and I only have a couple friends. But I got featured on it and my friends kept tagging me and they sent it to me through text and through instagram… And one of my friends, Ryan, was like, “You’re finally getting the hype you deserve.” It was nice. I love that my frog icon is making a lot of impressions. Professors are always commenting on it too.

Scarlet: It’s very cute. Did you draw it yourself, or did it come from somewhere else?

Valerie: I found it on Pinterest and I was like, you know, I don’t like to turn on my webcam and I always look a mess, so this frog — it’s me. This is what people are gonna see.

Scarlet: It exudes positivity. So on a slightly more serious note, do you have advice for other students, especially those who are remote and/or transfer students?

Valerie: For me, I think the biggest advice I would give somebody is to not be afraid to ask for help. I feel like for me, I was always somebody who was relied on and I never wanted to feel like I was needy… I didn’t like to ask for help because I always felt like I was bothering people. But coming to Clark made me realize that professors and faculty and even students are always there for you. It’s okay to ask because they want you to ask for help and you shouldn’t have to carry a bunch of things alone.

Scarlet: That’s so great. I think I needed to hear that. Thank you.

Valerie: You’re welcome! … Coming to Clark made me realize that professors — at least the professors I’ve had — really care about students. And that’s pushed me to ask for help when I need it.

Scarlet: And then my final question is, if you were a food, what food would you be?

Valerie: That’s a great question, actually. Huh. I think I’m gonna say a food that you might not be familiar with, but I would say a bánh bao. They’re these round buns that have a bunch of different fillings. I chose it because it reminds me a lot of my childhood. I used to eat them every day when I was a child. I don’t know if you’ve ever seen the Disney short film called Bao. That’s about a variation of them.